The stand-up collar, often referred to as an officer's collar or Mandarin collar, is a timeless classic that was worn at the Chinese court during the Qing Dynasty in 1644. It was regarded as a sign of elegance and stylistic confidence in the golden age of China and thus formed the basis for today's stand-up collar. This western interpretation of the clothing, appeared for the first time at the beginning of the 19th century when the collar was no longer just a decorative element on jackets, but also on shirts for the first time.

The standing collar experienced its high phase in the Biedermeier period when it was popularly known under the name "father murderer" and its collar ends reached mostly up to the cheeks. However, this trend lasted only for a short time. At the turn of the century there was another reversal in which the high collar was replaced by a short collar to which the collar flaps could be attached.

Our new stand-up collar shirt Elverum is characterized by the absence of these collar flaps and thus resembles the original Mandarin collar. With a height of 3 cm it is comfortable to wear and its discreet colours and black buttons offer a fashionable traditional look. Have fun with our new model Elverum. 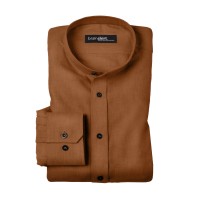 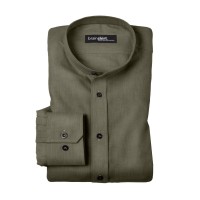 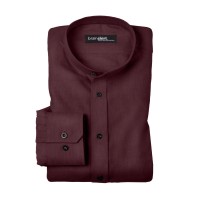 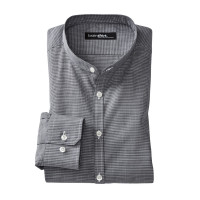 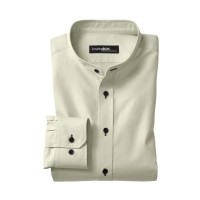 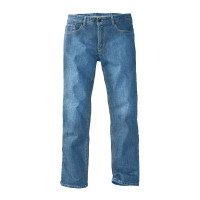 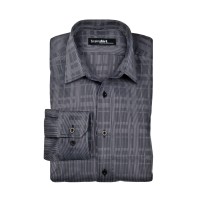 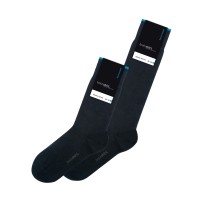 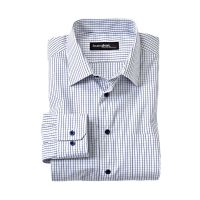 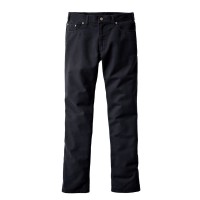 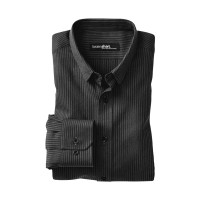 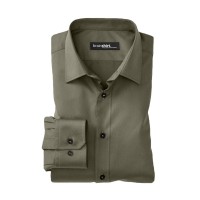 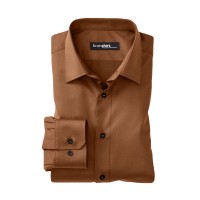